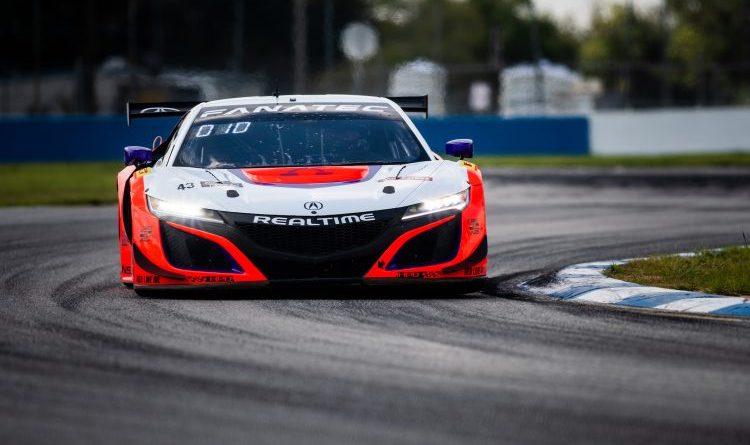 Hagler joins RTR fresh off of winning her second TCR championship in IMSA last week. The Texan is a graduate of the HPD GT3 Academy and did a full season of GT World Challenge America last year in an Acura NSX GT3 Evo. She scored three race wins and finished second in the Pro-Am championship. In last year’s Indy 8 Hour, Hagler and her co-drivers finished third in class.

“I’m so excited that Taylor is joining us for the 8 hour this year. Racing against her last year was always challenging and fun, so it’s great to turn the tables now and be on the same team.

“Both sprints and endurance races have their own unique and fun qualities, but at this point in the season a longer race is definitely something fun to look forward to, to change up the rhythm of the racing and strategy.

“As always, we’re really just looking for a clean race from start to finish, and anything more than that is a bonus. Maybe if I tell myself that enough times it’ll be true! And you know, that’s the nature of the competitive personality: if you do well you’re motivated to keep doing well and to do better where possible; if you struggle you’re motivated to struggle less and achieve more. I think the effort is the same either way, it’s just that sometimes it nets results and sometimes it doesn’t, despite best efforts.”

“Having Taylor join the lineup is great. She’s got experience in the Acura NSX GT3 and should be able to hit the ground running. The rest of the team has been working very hard to make sure the car is 100 percent after Sebring, so a big thanks to them for that!

“I’m looking forward to this longer format of racing. It should give the RealTime team some opportunity to be creative and take advantage of situations strategically.

“The motivation for a good result is always strong. I really enjoy driving the layout at Indy, Erin was quick there last year right out of the box. I’m hoping we can put together a good weekend and come away with a solid result.”

“I’m really excited to get the chance to race in the Indy eight-hour with RealTime. Erin Vogel, and Michael Cooper. Erin and Michael have had some really strong runs this year in the Acura, and I had a lot of success last year in the NSX GT3 Evo platform and we are looking to build on those collective experiences in Indianapolis. RealTime has had so much success and experience with this NSX platform and I’m looking forward to getting back to SRO Intercontinental GT Challenge competition.”

“I think we have a very strong lineup with Taylor joining the team. It’s fantastic that she has considerable experience in the Acura NSX and even racing it at Indy, so she’ll have no problem getting up to speed. This eight-hour race format should give RealTime plenty of opportunities to shine and end the 2022 season strong.”