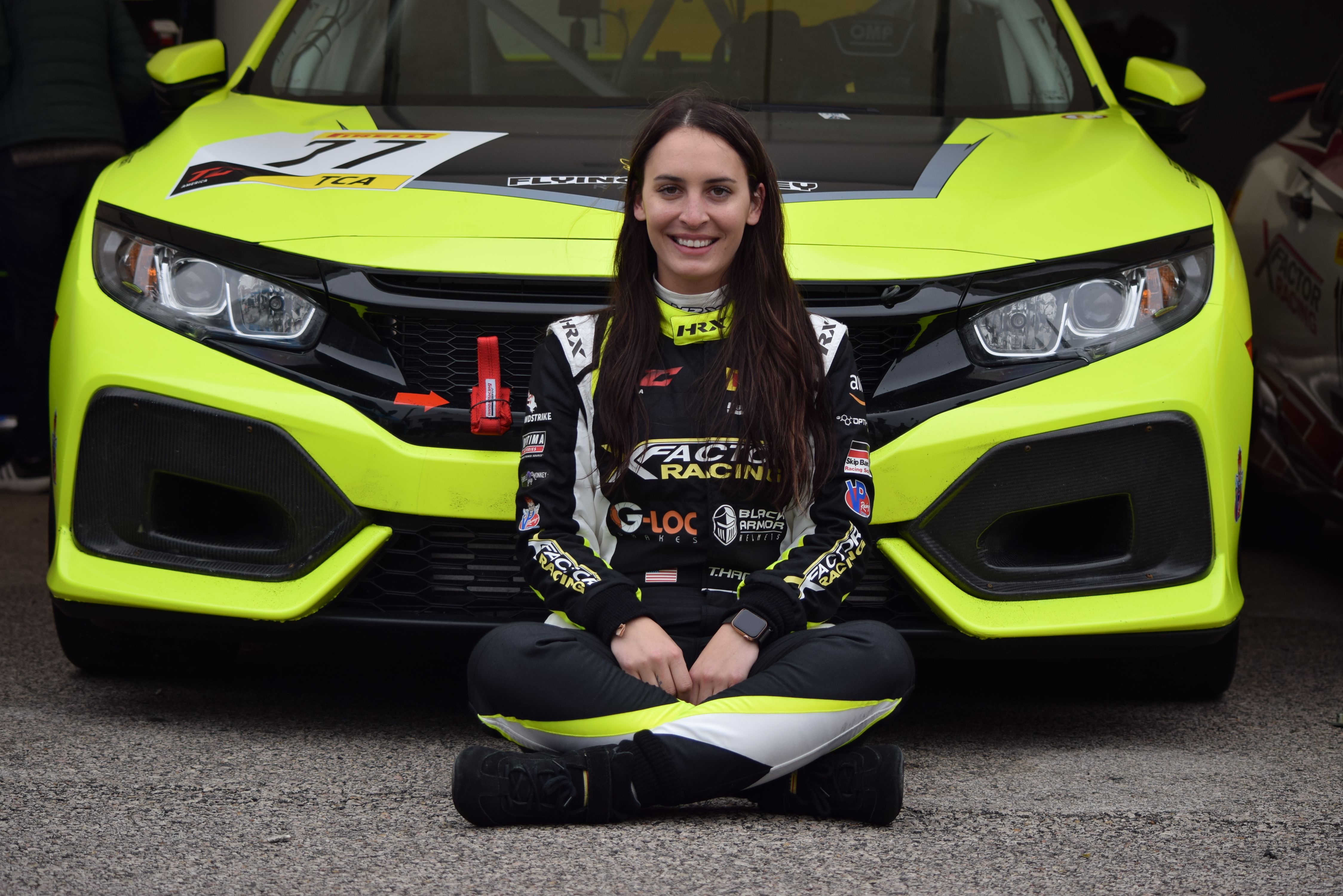 After spending 10 years in equestrian show jumping competition, Taylor Hagler traded in the horse for horsepower in 2018. This was a natural progression, as Taylor and her father have been lifelong sports car racing fans. Taylor moved into Spec Miata in NASA Texas and has proven to be a quick study in sports car racing. In her first season of competition, Taylor worked up to 5 th place of 69 drivers in the NASA Texas Spec Miata championship. She was also awarded the Rookie of the Year award by the NASA Texas organization for the skill and growth that she exhibited throughout the season.

In the latter part of 2018 and early 2019, Taylor made another big step in her racing career and collected her first win at Road Atlanta with the SCCA and her first pole position at MSR Houston with NASA. These strong performances caught the eye of X-Factor Racing team owner Chris Haldeman. As X-Factor Racing was plotting a return to professional racing, Haldeman expressed interest in having Taylor join his team in the TCA category of the SRO TC America Series. A deal for Taylor to campaign the season in the potent Honda Civic SI was quickly done, and she began testing for her professional debut at Circuit of the Americas in March of 2019.

In her debut weekend in TC America, Taylor was able to earn her first podium finish in front of family, friends, and a home crowd at Circuit of the Americas in Elroy, Texas.  She followed up her early season success with another podium finish and her first career pole position at Watkins Glen. As a result of her consistent improvement throughout the year, Taylor finished her debut season in professional racing in 5th place in the TC America TCA Driver’s Championship.

For the 2020 season Taylor signed with Honda Performance Development (HPD) to drive in the IMSA TCR series under LAP Motorsports and LA Honda World Racing. She and co-driver Ryan Eversley captured one podium finish and five Top 5 finishes during the IMSA Michelin Pilot Challenge season.  Taylor also captured the pole position for the second event at the Mid-Ohio Sports Car Course during a break out weekend in 2020.

Taylor will join Michael Lewis in the number 77 Hyundai Veloster N TCR for Bryan Herta Autosport in the 2021 IMSA Michelin Pilot Challenge.  Off the race track, Taylor is a college graduate holding her BBA from The University of Texas at San Antonio, and is full time employed with an Aviation Maintenance Service company in San Antonio. She intends to progress her education by completing her MBA while progressing her professional racing career.