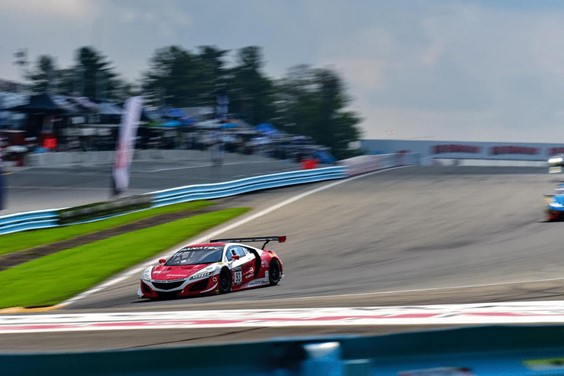 With the end of the 2021 Fanatec GT World Challenge America powered by AWS season on the horizon, Taylor Hagler heads south to Sebring International Raceway for the penultimate round. Hagler will be joined by teammate Dakota Dickerson in the No. 93 Racers Edge Motorsports Acura NSX GT3 Evo for the final double-header weekend of the season.

The Acura duo reunites for the first time since claiming their maiden SRO win at Road America. Continuing to add to her racing resume, Hagler collected a second win during the series’ most recent round at Watkins Glen International where she charged up the running order in dominant fashion.

Sebring holds familiarity for the Texan driver. During the 2020 HPD Driver Academy, Hagler completed two test sessions behind the wheel of the No. 93 Acura at the iconic South Florida course circuit known for its bumps and the birthplace of American endurance racing

Hagler returns to Sebring currently second in the Pro-Am Drivers Championship with three races left in the 2021 season.

“The Racers Edge team and I have made great strides this season but we have more work to do,” said Hagler. “Sebring is a place I am comfortable and familiar with in the Acura platform. With this weekend being the last double-header of the season, it’s the final opportunity to have two opportunities for championship points. We have our goal ahead and I look forward to getting back to Sebring.”

On-track action at Sebring International Raceway begins on Friday, October 1st before the double-header race weekend on Saturday, October 2nd and Sunday, October 3rd. Flag-to-flag coverage of both races can be found on the GTWorld YouTube channel along with radio coverage on SiriusXM Satellite Radio channel 392 (992 on the web app.)